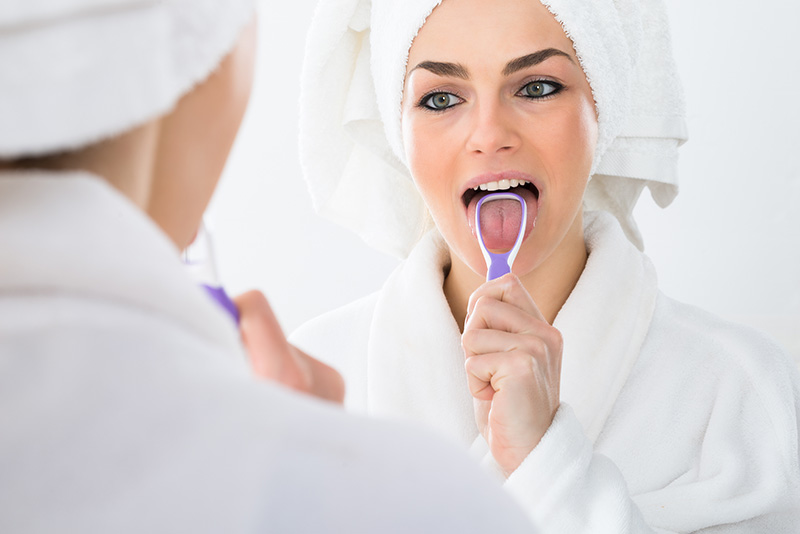 It is estimated that up to 65% of Americans have, at one point or another, suffered from Halitosis, which is the technical term for bad breath. While there are many causes of halitosis, such as dry mouth, coffee, tobacco, cavities, gum disease and other serious health conditions such as diabetes and disorders or failure of the kidneys or liver, it is usually the result of poor personal oral hygiene. It is likely you have either suffered from halitosis at some point or known someone suffering from the condition, and it is also likely that you are aware of the detrimental effects that bad breath can have on personal and professional relationships.

Why Should You Use A Tongue Scraper?

Tongue scrapers are a tool that many use to alleviate the effects of halitosis. A tongue scraper is a small, curved device made of plastic that is designed to scrape across the surface of the tongue, but why does scraping the tongue help alleviate bad breath? The human tongue provides a handy place for bacteria to thrive, and bacteria in turn produce compounds that cause bad breath. Tongue scrapers help remove the bacteria, the compounds they produce and other germs, but are they more effective than simply brushing the tongue with a toothbrush? A number of clinical studies have produced varying results, but tongue scrapers have been consistently shown to be more effective at treating halitosis than tongue brushing alone, even though the degree of effectiveness is the subject of dispute. Nevertheless, when the goal is to alleviate bad breath, tongue scrapers should be included in a complete personal oral health regimen.